As a partner, Mr. Praley concentrates his practice primarily in the areas of business, real estate, and commercial law representing clients in both transactional matters and litigation. Mr. Praley also practices in the field of alcoholic beverage licensing law, including related corporate structuring and commercial lease work.

Mr. Praley obtained his undergraduate degree from Tufts University and his Juris Doctor from the Thomas Jefferson School of Law in San Diego, California where he was the captain of the mock trial team. Following his graduation from law school, Mr. Praley served as a judicial law clerk to the Honorable Nancy Davis-Loomis in the Circuit Court for Anne Arundel County. 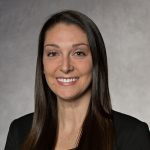 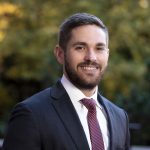