Adam McCormick joined our firm in 2015 following a judicial clerkship with the Honorable Paul G. Goetzke, Judge in the Circuit Court for Anne Arundel County. Mr. McCormick graduated from the University of Miami in 2010 with a degree in journalism and political science. After working as a writer and editor, Mr. McCormick decided to pursue a career in law. At the University of Baltimore School of Law, he served as a staff editor on the school’s Law Review and graduated cum-laude. During law school he clerked for the Anne Arundel County State’s Attorney and interned with the Major Investigations Unit of the Baltimore City State’s Attorney. Mr. McCormick focuses his practice on criminal, traffic, and general civil matters. 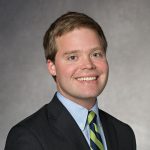