John H. Robinson, III concentrates his practice in criminal matters in both state and federal courts. He graduated from the University of Maryland School of Law in 1987 and was admitted into the Maryland Bar in 1988. He is admitted to practice in all Maryland courts, The United States District Court for the District of Maryland and The Supreme Court of the United States. Mr. Robinson served as an Assistant State’s Attorney for Anne Arundel County until 1995. Since that time he has defended clients in all matters from minor infractions to homicide in both trial and appellate courts. Mr. Robinson is a member of the Maryland Criminal Defense Attorney’s Association, Federal Bar Association and the Anne Arundel County Bar Association. Mr. Robinson has previously taught classes for law enforcement as well as lecturing at numerous continuing legal education seminars on a variety of topics including trial strategy and Fourth Amendment issues. 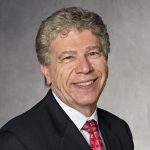 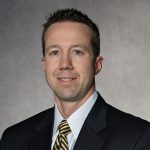